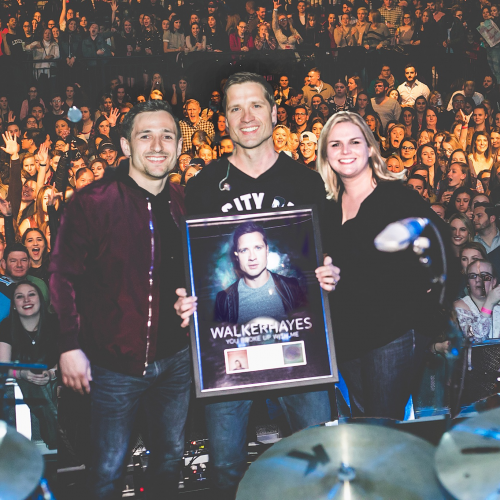 As he was brought to stage by the local radio station, NASH FM, DJs Katie Neal and Jesse Addy introduced him to the packed house as a “13 year overnight success story” and although the first single from his debut album, “You Broke Up With Me,” is now Certified Platinum, Hayes says the long journey to this point is what makes it so special.

“I’m so humbled and excited to get my first Platinum plaque,” Hayes said to his crowd as they roared with applause. “This is because of people like you who are open minded and love my music that doesn’t really fit in a box. This has been a long journey and I’m finally making the music that is true to me, so thank you for listening and buying and showing up.”